Cradled in the swales of the ancient dunes of the Swan Coastal Plain, and spanning over 384 hectares are the Beeliar Wetlands! They are bustling with stunning biodiversity, that include some of the most unique and fragile lifeforms on earth. Here, the calm, placid Bibra Lake stands as a timeless testament to our heritage and cultural values.

Historically, North Lake – Coolbellup and Bibra Lake – Walliabup, have served as important locations for the Aboriginal Nyoongar people. They are associated with the mythology of the ‘Waugal‘– the rainbow serpent, and Dreamtime tales of the ‘Spirit Children’.  Numerous Aboriginal campsites have been documented adjacent to the lakes. The Beeliar mob had semi-permanent camps on the land, caring for the boodja (country), precisely where the controversial Roe 8 tollway was proposed.

While we closely evaded that disaster, there are still a number of factors that continue to impact our precious wetlands. Over 90% of Perth’s once ample and abundant wetlands have been lost to agricultural pursuits, urbanisation, and development & infill. Bibra Lake and the surrounds are a reminder of what we’ve lost and what we stand to lose unless we take strong action. Together.

Changing wetlands in a changing climate

Our wetlands are dynamic in nature and they transform with changing seasons. Water levels in the wetlands, such as Bibra Lake, rise and fall with rainfall and the seasonal movement of groundwater. Bibra Lake experiences this seasonal flooding and drying, and oftentimes, this leads to alterations in the depth and area of the body of the lake. The transient wetlands are designed to cope, redistributing their animal and plant life in accordance with these changes.

However, with a decrease in rainfall and an increase in human activity surrounding our wetlands, the natural variations are becoming exaggerated. Causing alarming fluctuations in the wetland zonation. Introducing irreversible expansions and contractions of the wetland area.

On the other hand, we also see prolonged drying of the wetlands in some years. The reduced rainfall has impacted the recharging of groundwater. And since the groundwater is also our source of drinking water for the Perth metropolitan area, this has caused a further shrinkage of the precious resource.

Bibra Lake has suffered adverse impacts. Usually, maximum water levels were seen around October and minimum levels during April. However, Bibra Lake and North Lake are now breaching these standards. This has significant implications for planting and weed control.

A thorough understanding of these circumstances is essential towards developing a successful restoration program for Bibra Lake. We need to take the variations and on-ground conditions into account, adjusting when and where we weed and plant as we maintain and restore the lake and its surrounds.  The focus as we move forward must be on adaptive management.

We must also accept that we are moving into a period of some uncertainty, with climate change and global/local weather events becoming unpredictable. We may not get this 100% right 100% of the time. But every failure is a learning and a step forward.

Weeds are one of the most pressing problems we face at Bibra Lake, and weed control is an ongoing initiative. Often, the removal of one weed creates space for another. In some cases, it even allows the overgrowth of opportunistic native plants which can pose additional challenges. We see this most starkly in the constant balancing act of Typha control on our lakes. But that is a story for another day…

A combination of manual and chemical control along with mulching and saturation planting has been the most effective method in combating weeds. (Saturation planting is when native vegetation is planted densely and in large numbers so as to saturate and give little scope for invasive species to spread.)

At Bibra Lake, the following have been our findings:

Invasive species such as feral bees, foxes and cats are also detrimental to our wetlands. The feral cats and foxes prey on vulnerable native animals. Foxes are an introduced species and our lizards, turtles and quenda are especially susceptible since they have not developed any specific defences to stay protected.

Human activity is primarily responsible for the degradation of our wetlands. Our urban developments are placed closer and closer to the wetlands, with little or no buffer. Roads and tracks crisscross the perimeter. And our wetlands are losing their lush cover, that helps protect wildlife from noise, light and other forms of pollution. All this further challenges their survival, exposing our species to danger and disease, and putting them at a risk of endangerment.

This also means that there is a greater impact on how nutrients, sediments and pollutants are naturally filtered by the wetland. The degraded quality of some of the fringing and upland vegetation around Bibra Lake is causing alterations in the water-quality of the catchment. However, Bibra Lake still fairs better than other heavily impacted lakes within the Beeliar Wetlands.

Runoff, whether it is the chemical runoff from roads or the phosphorus, potassium and nitrogen from fertilizers that we use in our gardens, leads to a nutrient explosion, and subsequently, algal blooms. The algae reduce temperature and light penetration in the catchments, suffocating and dominating over aquatic life. The algae also spread rapidly and give off an unpleasant odour as they break down. There is a direct link between the excessive use of garden and horticulture fertilizers and algal blooms in our waterways.

Reducing the use of chemicals in our gardens, keeping our storm drains clear of unwanted litter, conserving water and using it judiciously, and using landscaping practices that benefit wildlife and their habitats – every little step you take can lead to positive outcomes for our lake.

At ‘The Wetlands Centre Cockburn’, we are fortunate to be located adjacent to the resplendent Bibra Lake, within the Beeliar Regional Park. This places us in an ideal position to lead by example in the care of our natural surroundings. We recognize that we bear a great responsibility to inspire, reinforce and connect, and to work with the community to safeguard and protect this amazing area.

The issues we have highlighted in this article are very real. They are threatening the health of our wonderful lake and its bountiful surrounds. We are working hard to understand and combat these issues while spreading awareness of core problems. Our team of volunteers and staff are dedicated and ever-vigilant.

In working with the land and connecting with its nurturing ways, we have come to cherish it deeply. And we want to share this connection with the greater community. Come, get involved with us. Learn. Plant. Protect. Conserve. And spread the joy.

This article is adapted from and based on notes and insights shared by Denise Crosbie, Wetlands Officer, The Wetlands Centre Cockburn. 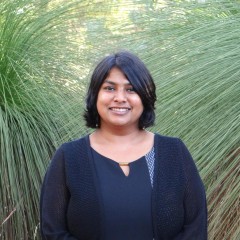