Our Wetlands In A Changing Climate

As ecosystems that thrive on so little, our wetlands are delicate. Yet they are abundant sources of water in this growingly water-starved world. They are carbon sinks, that remove and trap over 13% of the world’s carbon. They are biodiversity hot-spots where some of the most beautiful and unique species live and flourish.

While we are fortunate to still see wetlands around us, their survival is threatened. They are exhibiting what the scientists are calling a ‘distress syndrome’, wherein, their functional capacity has been radically impaired. Their plant and animal distributions have been drastically altered. And there are several disturbances, induced stresses and a range of pressures that are making their fragile ecosystems imbalanced. 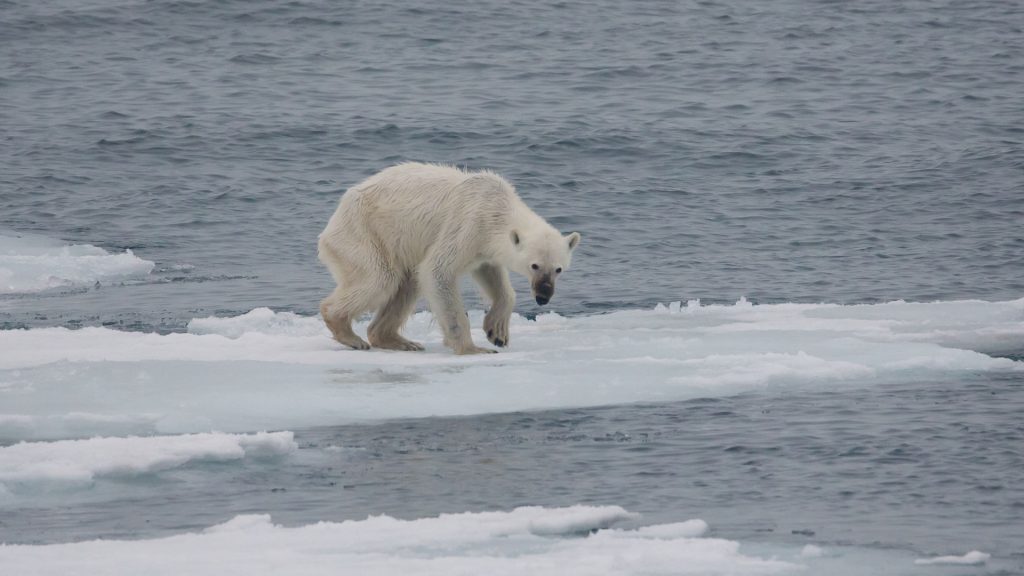 Much of this has been the result of climate change. A topic that is heavily discussed but less understood in the context of wetland conservation and rehabilitation. It is only gradually becoming clear that climate change impacts each wetland in a specific and unpredictable way. And it is through constant monitoring, research, on-ground work and active participation that some of the impacts can be stalled or even reversed.

Our conservation efforts at Bibra Lake and North Lake, within the Beeliar Regional Park, have been remarkable. Through the course of our work, we are constantly learning about the nature of our wetlands, their many unseen facets and how they respond to a steadily shifting environment.

In this article, we draw a sketch of the strengths and weaknesses of our dynamic Beeliar Wetlands as they stand the test of a changing climate. And what it will take for them to survive this massive global event.

Climate change is perhaps the greatest issue confronting us today!  As greenhouse emissions continue to rise it is predicted that global temperatures could increase anywhere between 1-5 degrees in the 21st century.

This video from NASA’s Climate Change website, highlights global temperature anomalies. 2018 and 2017 were the fourth and second hottest years respectively since modern record-keeping began in 1880. NASA and NOAA work together to track the temperatures, part of ongoing research into our warming planet. 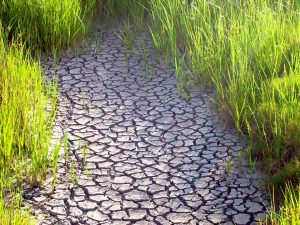 Climate change has a range of other impacts on the wetlands themselves, their ability to recycle and process nutrients, how they absorb and trap carbon and process sediments to generate soil. These activities further impact the distribution of flora and fauna, favouring some over the other. Invasive species thrive and change wetland ecology, damaging habitat and food source.

The stresses of climate change are only heightened by human activity – urbanization and pollution.

The Beeliar Wetlands is the name given to the two chains of wetlands that run parallel to the west coast of Western Australia. While one chain of lakes is saline, the other is freshwater. The wetlands are located towards the southwest portion of metropolitan Perth within the larger Beeliar Regional Park.

The wetlands on the Swan Coastal Plain and in particular the Beeliar Wetlands are a surface expression of the underlying groundwater.  There is still much to be learnt about the effects of climate change on our wetlands.  What the data shows us is that for about the last 40 years we have been receiving less rain. 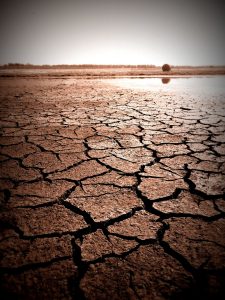 Groundwater levels have never been static, decreasing during summer and increasing when recharged with winter rain as water makes its way through the soil to groundwater.  With decreasing rainfall, the groundwater recharge has decreased and levels have dropped. Together with the decreasing recharge, there has also been incessant removal of groundwater to supplement our supply of drinking water.

In most cases, this has led to our wetlands drying out more often or for prolonged periods each year. But, bear in mind, a drying wetland is natural and it is during the drying times that those intrepid birds fly in from Siberia to eat the bugs out of our mud.  It’s tricky business and honestly, none of us have the whole story.

The unpredictable changes in the lakes drying and filling have also complicated our revegetation efforts.  While in general we are allowing for increased dry conditions and adjusting the zones in which we plant, on several occasions we have been caught with heavy summer and spring rain events inundating some of our plantings.  These conditions highlight the need for Adaptive Management.

It is not only the wetland and wetland vegetation that is affected by this lowering of the water table.  Many of our bushland species also depend on groundwater for survival.  This became very evident during the particularly low rainfall season of 2010-11 when many banksias higher in the landscape of our bushland died. 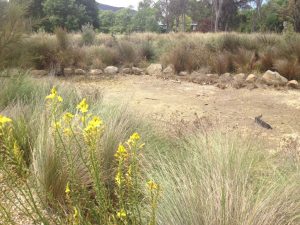 Changes in global climate may well be a contributing factor on groundwater levels, but healthy well-maintained wetlands can also be a key tool in our efforts to lessen the impact of climate change on other systems.

Here’s taking a closer look at the Beeliar Wetlands and how climate change has impacted some of the wetland functions.

The Beeliar Wetlands depend on seasonal rain to recharge. Over the years there have been fluctuations in the amount of precipitation. These fluctuations have caused alterations in wetland zonation, impacting the distribution of native plant species within the wetlands.

With changing zonation, wading species and waterfowl are impacted.  Constant encroachment has led to a serious habitat loss, loss of fringing vegetation and bushland. This has further impacted species such as turtles, frogs, snakes and lizards many of which are endangered.

With many of the wetlands now experiencing a dry spell and terrestrialisation, the carbon trapped within the soils is released back into the atmosphere. And there is a further loss in capacity to capture and trap carbon from the atmosphere due to the growing number of dysfunctional and degraded wetlands.

Read our blog post on ‘Saving Bibra Lake’ for an in-depth examination into our conservation and rehabilitation efforts on Bibra Lake and North Lake. 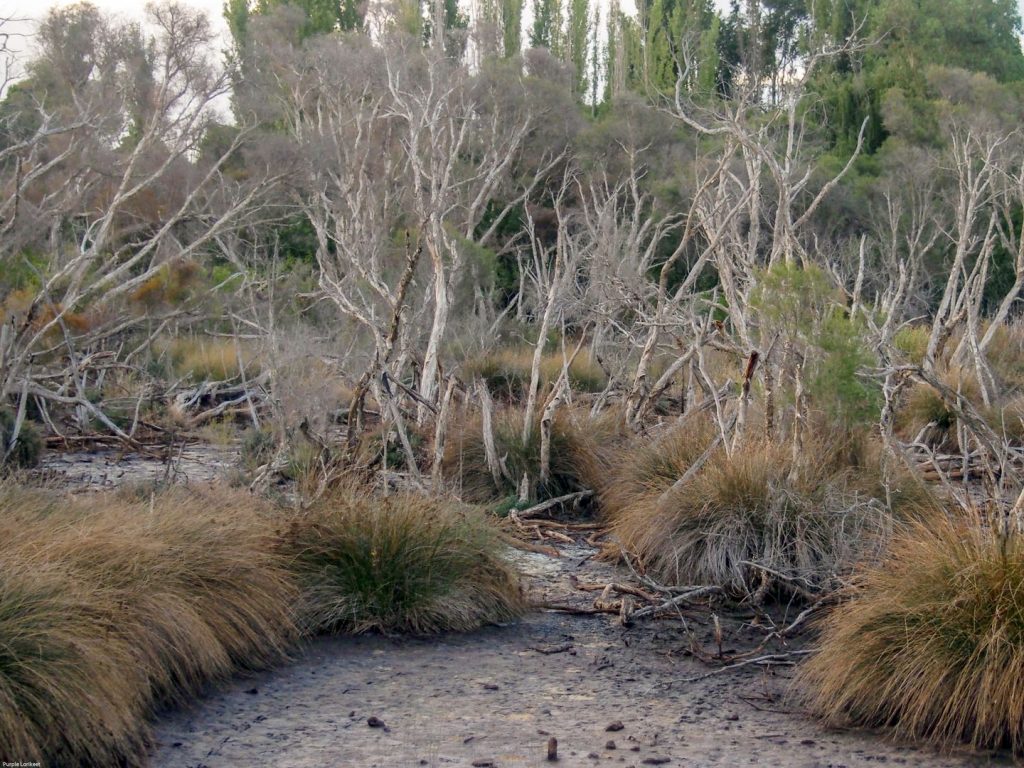 The wetlands are facing an incredible amount of stress from climate change alone, and we have to realize the importance of reducing additional pressures. This will give our wetlands a fighting chance to cope and replenish.

While most of us have come to accept the reality of human-caused changes in our global climate, we must also step up to the task of addressing the impacts of these changes.  There are many actions we can take locally to help our wetlands through this period.

Here are a few ways in which we as individuals and community can help:

Don’t forget to quack, quack, quack…  That is wetland speak for talk, talk, talk…  Pass on the message to friends and family.  Tell them about waterwise, fertilisewise and of course, volunteering.

At ‘The Wetlands Centre Cockburn’, we are located a hop, skip and jump away from the glorious Bibra Lake, within the Beeliar Regional Park. Our proximity stirs and inspires us to work with the community to safeguard and protect this amazing yet fragile asset.

We have seen remarkable progress over the 25 years we have been around and are always looking for new helpers.  If you are not into getting down and dirty, we have education programs that need helpers too!

Combating climate change will take all our effort. Come join our forces today. Together let us maintain and improve the resilience of our wetlands so that they can continue to provide important services to us and the coming generations, even under changed climatic conditions.

0 comments on “Our Wetlands In A Changing Climate”